So, the first homestand of 2010 season is already in the books, and the R-Phils showed early on that they could be a tough team here this season. 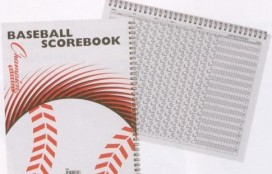 And, for me, well, it was my first taste of action in Reading — the first game working at FirstEnergy Stadium, and the first of what I hope will be many great nights at this beautiful historic ballpark.

Early on here in Reading, I have already seen a team, which I believe, can compete for a spot in the playoffs — I know, it’s way to early too talk playoffs, but let me explain.

With a mixture of some very good young talent (Domonic Brown, Tyson Gillies, Freddy Galvis, and others), and a mix of some valuable veterans (Michael Spidale, Tagg Bozied, and Kevin Mahar), this Reading team is built to play late into the season.

Early on here, I have been impressed with the speed of Tyson Gillies — he can run it down in the outfield as good as I have seen, he can leg out an infield single, and he can make a triple look easy.

I have been impressed thus far with Yohan Flande, who tossed has two solid games already this season. In his first outing of 2010, Flande, 24, allowed just one hit over six shutout innings — earning a no-decision. In his second outon, on April 16 at Richmond, Flande once again was solid — allowing just two unearned runs through six frames and was the hard-luck loser. The native of the Dominican Republic has shown good command over his first two outings, and has kept his opponents off-balance.

Also impressive are the valuable veterans who help make this team go on a daily basis. Spidale, who entered his fourth season in Reading on Opening Day, lead the entire Eastern League in RBIs through the first seven games of the season with a remarkable 10 RBIs.

Pickney, who was selected in the 12th round of the 2003 draft by Cleveland, launched his first home run of the season in front of the Reading faithful on April 14.

Mahar, who was a solid contributor a year ago in Baseballtown, returned to R-Phils this season, picking up right where he left off. The former Texas Ranger, Mahar has already had three multi-hit games, including his first home run of the season.

Bozied, who spent part of last season with Indianapolis (AAA), has enjoyed a good amount of success early on this season with the R-Phils. One game in particular stands out, as Bozied, 30, was solid on April 11, launching his first homer of the season, and adding a team-high 5 RBIs on the afternoon.

And, early on, I have seen some impressive things from Drew Naylor, a 40-man roster guy, Michael Stutes, who has looked good in save chances — he’s 2 for 2 in save chances this season, and the slick fielding of Freddy Galvis, who looks great at shortstop.